It’s no secret that shrimp comes from the sea. When checking out recipes, it’s not uncommon for you to be instructed to remove the shell when deveining it.

Does this make shrimp a shellfish? And they also say to cook the meat until it’s opaque and pink. Does this mean shrimp is meat and not seafood? Or is it both?

Shrimp is a seafood that technically falls under the category of meat — white meat, to be exact. It’s considered a shellfish even though it does not sport a bivalve shell. Shrimp is regarded as a delicacy and aphrodisiac, too, in many cultures. According to health authorities, shrimp is a healthy food.

In this post, you will get to know shrimp a little deeper, so keep reading!

Is Shrimp Considered a Shellfish?

Crustaceans and mollusks are marine animals that fall under the shellfish category. And because shrimp is a crustacean, it’s therefore considered a shellfish. It’s due to this why people with a shellfish allergy should refrain from eating shrimp. But there are also those who have an allergy to only one kind of shellfish.

It may not look like a clam or scallop, but shrimp is still a shellfish just like the rest.

What makes shrimp a shellfish is the fact that it’s a crustacean, which is an aquatic animal with jointed legs, no backbone and a hard shell — the hard outer covering of shrimp is a form of shell.

Other examples of crustaceans include krill, prawns, crabs, hermit crabs, crayfish and lobster.

On the other hand, the majority of mollusks have hinged shells. Some common examples are clams, mussels, oysters and scallops. Snails, squid and some types of octopus are mollusks, too.

Because meat is defined as the flesh of an animal, technically speaking, shrimp is considered meat. To be more specific, the seafood is white meat, which is defined as meat whose color is white, either before or after cooking, as opposed to red. Needless to say, since it’s meat, shrimp is also considered protein.

Planning on becoming a vegan?

Then be ready to steer clear of shrimp — it’s meat.

Well, unless what you have in mind is becoming a pescatarian. Simply put, pescatarians are some of the most unique people among vegetarians. That’s because they will not eat poultry or meat but will still eat seafood.

So, in other words, they will also eat shrimp even if it’s categorized as meat.

It’s not uncommon for some other forms of vegans to still welcome shrimp and other seafood to their everyday diet, depending on whether they are vegans for ethical, medical or even religious reasons.

Individuals who are trying to shed off excess pounds may consider including shrimp on their diet on a regular basis. That’s because the seafood is low in carbohydrates and calories. In addition, shrimp is high in protein, which helps speed up the metabolism by building more muscles and burning more calories.

Many weight loss supplements can cause unfavorable side effects that can impact the heart rate and blood pressure. As a matter of fact, their intake could be dangerous, depending on the type of supplement taken.

It’s a good thing that there are many safe alternatives to those dangerous products.

Whether you are on the Atkins diet or ketogenic diet, you will find the seafood beneficial for it’s very low in carbs.

So, in other words, it’s low in calories, too. On the other hand, shrimp is high in protein. This makes it extremely good at promoting weight loss quickly and naturally.

Protein helps build lean muscles, which allows the body to burn more calories. Protein is also not that easy to digest. And this means that shrimp can make you feel satiated longer, thus saving you from overeating.

Just because shrimp is meat, as earlier discussed, doesn’t mean that you should steer clear of it if you’re a health-conscious person. If truth be told, adding it to your diet can help you stay in the pink of health.

A reason why shrimp is healthy is the fact that its fat content is low, which makes it good for the waistline and heart.

Like many seafood, shrimp contains omega-3 fatty acids, albeit in lower amounts than fish, which may help lower the risk for heart disease, cancer and arthritis.

According to the Dietary Guidelines for Americans, you should consume about 8 ounces of shrimp and other shellfish per week to maximize the health perks.

Is Shrimp Considered an Aphrodisiac?

Shrimp may not be one of the most popular aphrodisiacs, or foods that increase sexual desire, arousal and performance. However, it’s considered something that can increase sex drive. As a matter of fact, in some Caribbean countries, the addition of shrimp to the diet is believed to boost sexual pleasure.

When it comes to aphrodisiacs from the sea, oysters are undeniably the top picks.

However, shrimp is also known to possess some aphrodisiac properties. Scientists agree that it’s for the fact that the seafood contains nutrients associated with the enhancement of one’s libido.

Some of those nutrients include:

According to an article published by the Journal of Clinical Endocrinology & Metabolism (JCEM), individuals who consume shrimp and other seafood more often tend to have increased sexual activity.

Trying to conceive a baby?

Then consider having shrimp more often — the same article said that it can help get women pregnant faster!

Is Shrimp Considered a Delicacy?

Shrimp is considered a delicacy in many parts of the world. The consumption of shrimp is highest in Japan and the USA as well as in many European countries. According to old text, ancient Romans and Greeks enjoyed eating shrimp immensely. Old culinary books include instructions on how to cook shrimp.

The Greeks enjoyed large shrimp very much, as evidenced by 4th and 5th century AD cookbooks detailing how they prepared the delectable seafood in many different ways.

Food historians say that the Romans considered shrimp a delicacy, too.

In most instances, the Romans enjoyed shrimp as a form of dessert, combined with fruits.

It is said, too, that they enjoyed shrimp in the form of cakes — isicia marina, which contains a number of seafood other than shrimp, such as lobster and cuttlefish, and then seasoned with pepper, cumin and lovage.

These days, isicia marina comes in various iterations. It’s not uncommon for them to be served with dipping sauces, the most popular of which are spicy and sweet and sour.

Is Shrimp the Cockroach of the Sea?

There are a couple of reasons why shrimp is considered the cockroach of the sea. First, shrimp, just like cockroaches, multiplies rather quickly, which is why the seafood is numerous and widespread. Second, shrimp has the same eating habits as cockroaches in that they are both scavengers.

Like most fish and other seafood, shrimp is cold-blooded — it cannot generate heat to regulate its temperature.

Due to this, shrimp is often compared with cockroaches, which are cold-blooded, too. But the similarities do not end there: shrimp and cockroaches both have exoskeletons, segmented bodies and jointed legs.

Eating habits are also common among shrimp and cockroaches. Both of them will eat practically anything that’s available, whether it’s a living or dead plant or animal.

Can children have shrimp? Shrimp is good for kids because it contains nutrients such as calcium and protein, both of which are needed by their growing bodies. Shrimp has DHA, too, which is good for proper vision and cognitive development. Children should stick to eating 1 to 2 servings of well-cooked shrimp a week.

Read Next: How to Eat Cooked Shrimp: 6 Things You Need to Know 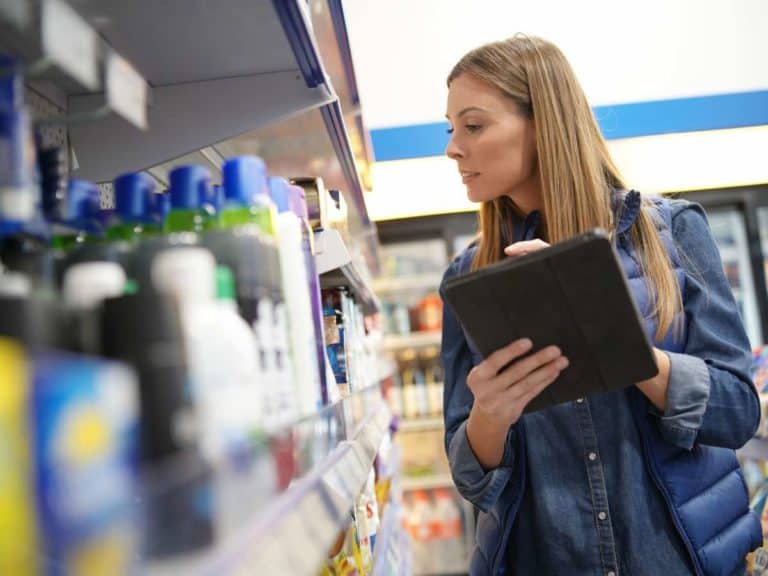 No matter if you are looking to get hired or get your hands on some loyal customer benefits and privileges, it’s a huge plus to know the name of the store manager. This is one crucial step to bypassing the chain of command, thus allowing you to take your concerns straight to the top. And… 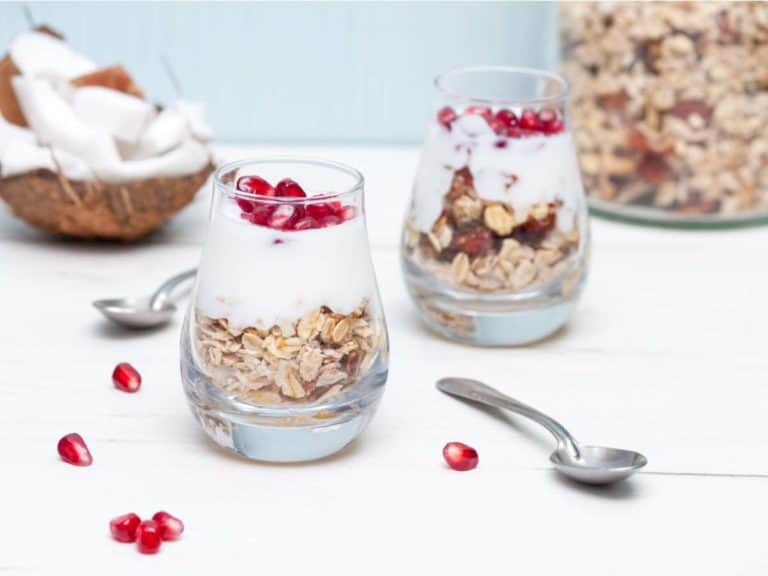 Have you ever tried making yogurt at home? Or do you prefer to buy in the supermarket to save time? Well, either homemade or store-bought yogurt, each has its pros and cons. For instance, you can save more if you make your yogurt, instead of purchasing one. Homemade greek yogurt is made from milk, plain… 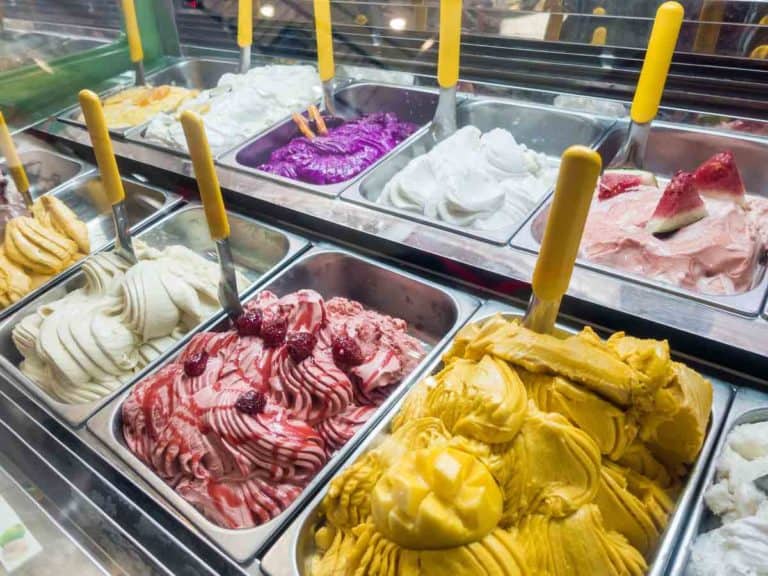 When it comes to frozen desserts, two of the most popular options are gelato and ice cream. Many people think that the two are the same. However, gelato and ice cream are different in terms of texture and ingredients, which is why their nutrition facts are not alike. Another difference is that one is better… 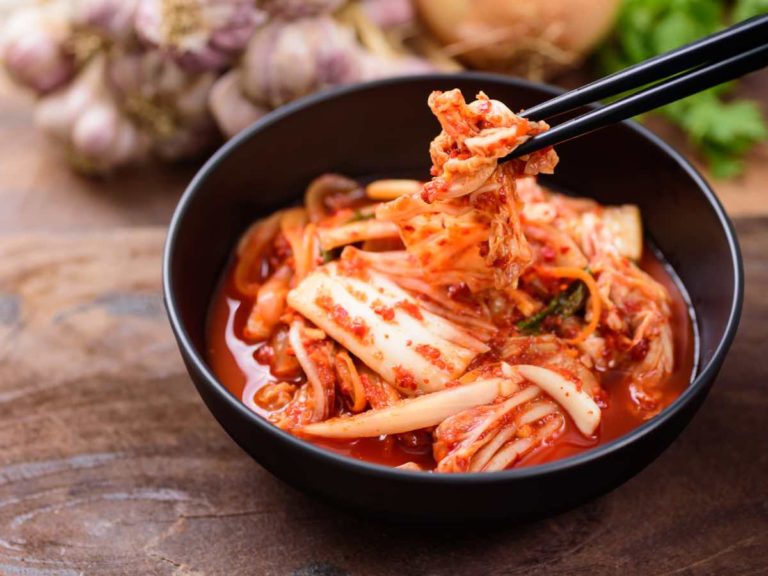 Kimchi is a staple traditional dish in Korean cuisine. It’s sour, spicy, and savory. Depending on how much sugar and salt is added, the sweetness and saltiness can vary. Kimchi is mostly vegetables. I like kimchi a lot, but is it wise to eat almost every day? In general, it is alright to eat kimchi… 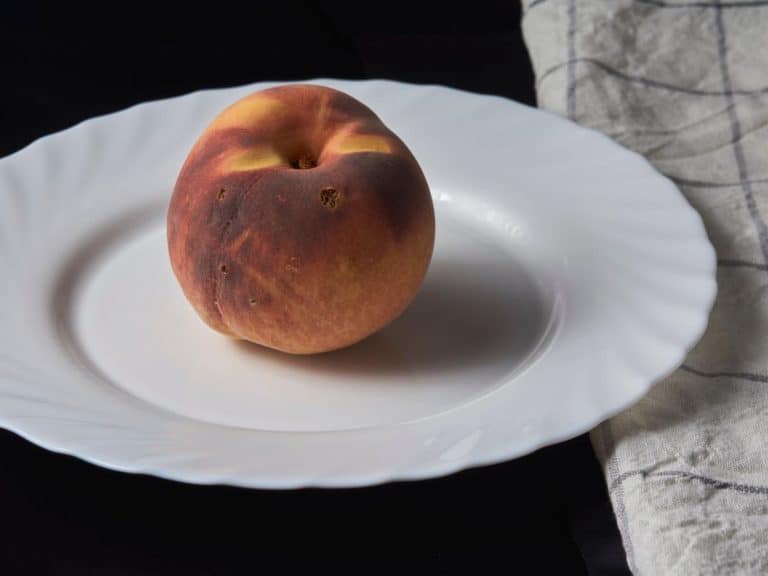 Peaches are delicious fruit to snack on. They are sweet, and the sweetness can come with floral or acidic notes. Meanwhile, the texture of peaches is fairly consistent, which is soft, smooth, and juicy. But sometimes you can get mealy peaches. Here, you can learn what to do with mealy peaches. A quick solution to… 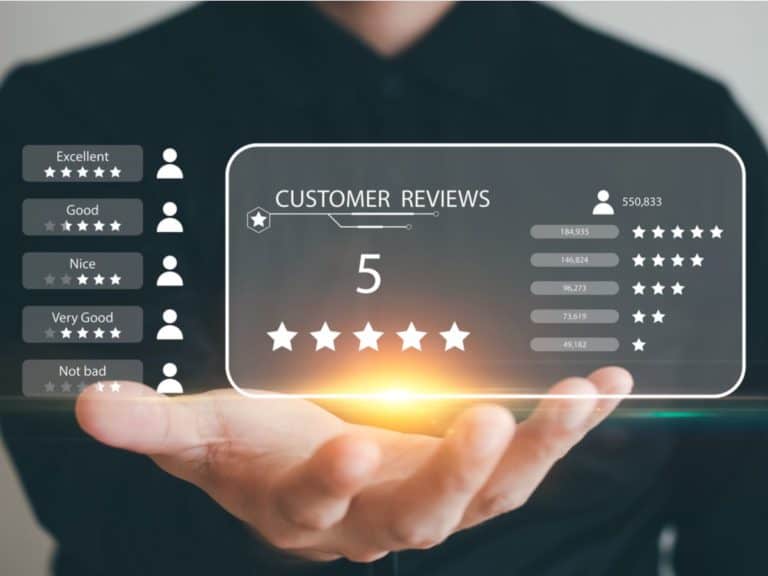 It’s not just to show your appreciation or disgust why you should consider rating and reviewing a restaurant. It’s also your own little way to help customers searching for a restaurant make an informed decision. Rating a restaurant begins with choosing the right restaurant review platform. Typically, a reviewer will have to begin by giving…