While generally, you can keep whiskey in the freezer, doing so will affect its aroma and flavor. As the temperature of the liquid drops, it will become thicker and release certain compounds that will take away from the whiskey taste.

If you want to save your favorite whiskey for as long as possible, read on to learn about how freezer storage will affect it and the best ways you can keep your beverage intact.

Should You Keep Whiskey in the Freezer?

Some liquids, like vodka, are regularly stored in the freezer. It keeps it chilled, which is great for a warm summer day. But this isn’t the case with all alcoholic drinks, especially whiskey.

Here are some of the reasons why you should avoid putting whiskey in the freezer:

Related Article: Can You Microwave Vodka [Read Before Trying Yourself]

Beers, wines, and ciders have an ABV (Alcohol by volume) of around ten and can freeze relatively easily. But careful; when they freeze, they expand and can burst their containers!

Whiskey and other ‘hard-tack’ liquors have an ABV of around 40 and need much colder temperatures to freeze solid; however, whiskey will freeze at around -16.5 F (-27 C), below the reach of a commercial freezer (0 F or -18 C).

Despite this, you should be able to get it cold enough to freeze the water. Again, this is why you can see a sludge forming in the bottom of the bottle.

Some whiskies are partially frozen to around 21 F (-6 C) during manufacturing. The whiskey congeals, and some particles float and can be filtered out. These particles do take some flavor with them when they are removed, but clarity is important too.

Freezing the whiskey won’t extend its shelf life. While freezing will stop oxidation,  it will still degrade the flavors. Because of this, the best solution is to keep tabs on when you open the bottle and try to finish it within a few months.

How long your whiskey will last will depend on how much you have drunk. The less whiskey in the bottle, the more oxygen there will be. It is the oxidization process that causes the whiskey to lose its flavor.

In most cases, this will be a slow process. Here are some rough estimates you can use:

After this period, the whiskey will still be safe to drink. But it won’t have the same flavors or aroma. If you haven’t opened the bottle, the oxidation process hasn’t yet started. Because of this, it can last forever.

How Should You Store Your Whiskey?

Putting whiskey in the freezer isn’t a good option. But there are a few other ways to store your whiskey to help preserve the taste, aroma, and color.

Can You Drink Whiskey Cold?

How you serve your whiskey is entirely up to you. ‘On the rocks’ or ‘neat’ is a matter of taste and the subject of much debate. Ice will cool your whisky in warmer weather, but it will also change the flavor.

Some experts will tell you that a more ‘peaty’ whiskey is better suited to drinking on the rocks, as the dank scent of decomposing organic matter is mellowed by the ice.

Some people don’t like to add ice, as it can make the whiskey too watery. In this case, you might want to add stone blocks. These will keep your drink cool, but they won’t melt.

You can also choose to chill the whole bottle. You don’t need to freeze it to get it cold. Often, putting it in the fridge for ten minutes will be enough. It will be able to cool the whiskey down without impacting the aroma or taste.

There is no reason to freeze your whiskey. It will only be dampening the flavor and aroma.

Instead, it’s best to store it at room temperature and add some ice cubes when you serve. Or you can chill it for ten minutes in the fridge. Hopefully, these tips will allow you to store and serve your whiskey with confidence. 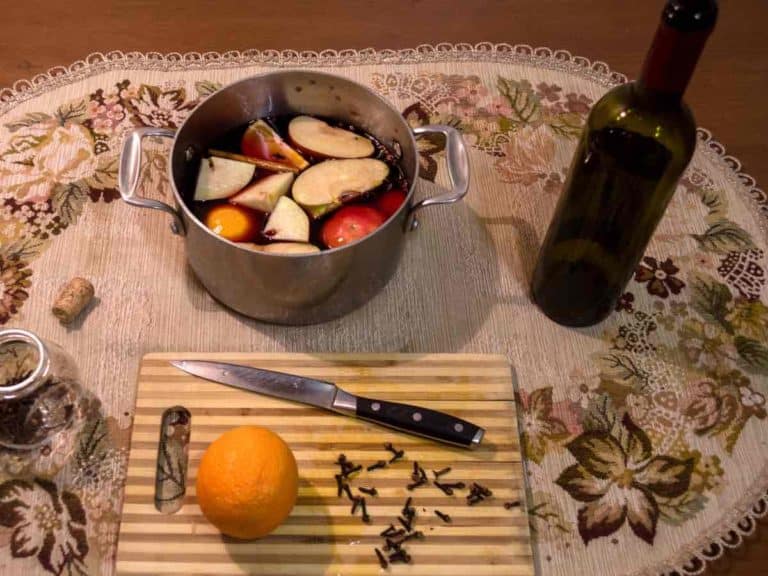 Famous during Christmas in Germany and across Europe, Gluhwein can be homemade or come packed in bottles. And if you’re like us, you may have this spiced wine to spare once the holiday season is over. So, the number one question is, does Gluhwein go bad? Like any wine, Gluhwein, even though rich in spices… 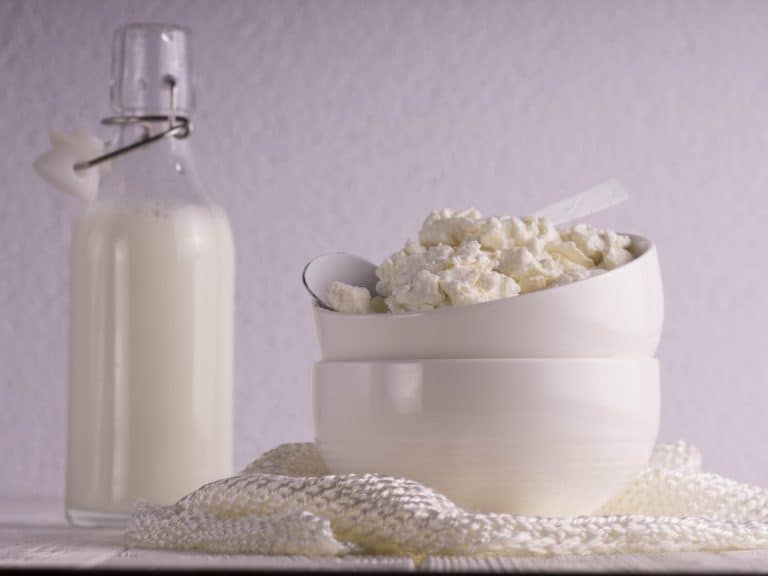 It is said that milk should be refrigerated to keep it from going bad. And this is why it can be frustrating to see that the milk you just added to your coffee has lumps even if it’s been in the fridge all the while. Milk curdles in the refrigerator as it naturally contains some… 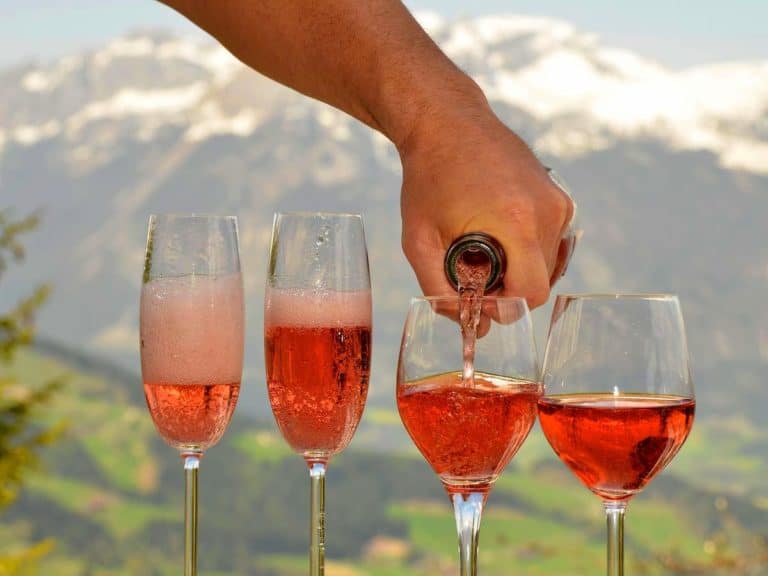 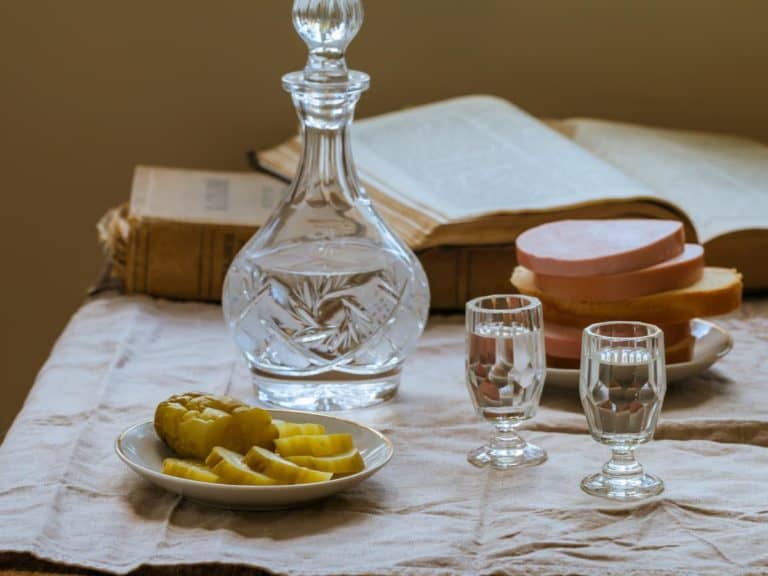 Have you ever visited a high-end bar where bartenders served vodka and other drinks in elegant crystal decanters? Decanters can enhance the way you pour alcohol and may improve the taste of fine wine, but keeping some beverages in a decanter for too long may cause them to go sour. So, what about Vodka? You… 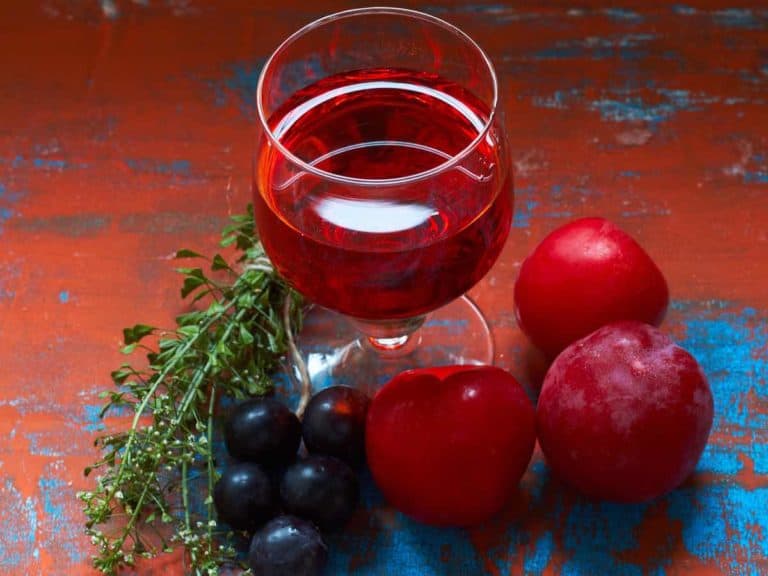 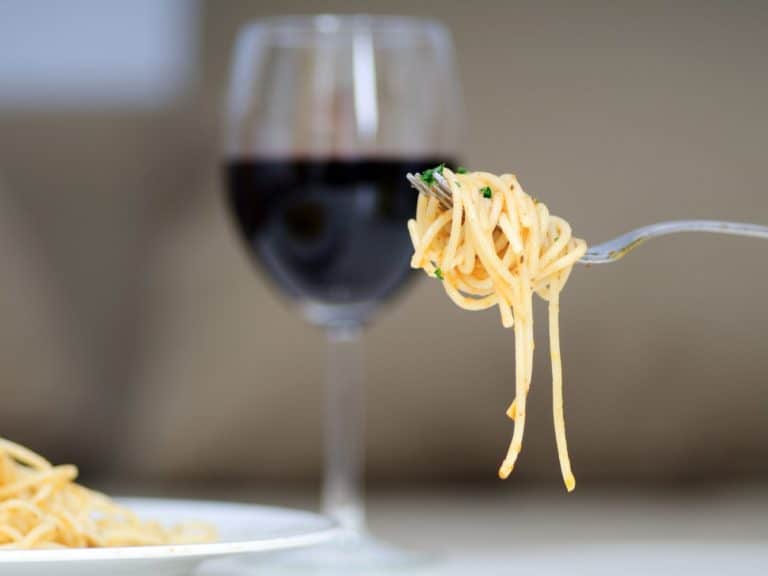 Pasta comes in all shapes and sizes. As a matter of fact, all over the planet, there are around 350 varieties of it. And when figuring out which type of wine, whether red or white, will go perfectly well with a particular pasta dish, it’s not the appearance of the pasta you should take into…