As Christmas draws near, one hot beverage makes an appearance in homes across the world, but especially in Europe: mulled wine, or as the Germans would have it: Gluhwein. Served hot or warm, this spiced wine concoction is the traditional drink of the festive season.

A stroll through any European Christmas market will have you try various renditions of spiced wine.

But is mulled wine the same as Gluhwein, or have you been missing out on an entirely different hot beverage?

Is Mulled Wine and Gluhwein The Same Thing?

Both mulled wine and Gluhwein are hot spiced wines, which have been around for centuries (more on this later in the article).

Naturally, when used for medicinal purposes (and otherwise) for hundreds of years, spiced wine’s recipe is bound to alter over time – but the fundamentals remain the same. Both mulled wine and Gluhwein are traditionally made with red wine cooked with spices, sugar, and citrus rind.

While mulled wine is what the British know as spiced wine, Gluhwein is its German cousin. The word Gluhwein translates to “smoldering or glowing wine.”

The British spiced wine variant was first known as “muddled” in old English and is now called mulled wine.

Apart from their names, there is little difference between mulled wine and Gluhwein. That said, they would probably taste different because there are so many recipes used.

From the wine and spices chosen to the amount of sugar used, even subtle changes can affect how spiced wine tastes. Thus, the only real difference between the two wines is essentially the brewer.

Moreover, you can also have Gluhwein mit Schuss (with a shot), which means you can add liquors like vodka or rum to spike the concoction. Nonetheless, there are no glaring differences between the two.

Any difference you might have noticed has more to do with the recipe rather than any fundamental changes. For example, Gluhwein also has a kid-friendly version called Kinderpunsch – a punch seeped in mulling spices.

Gluhwein is also made with white wine but is not nearly as popular as its red counterpart. However, such variations can also be found in Britain and all through Europe, with other versions of spiced wine. All in all, Gluhwein is just another name for mulled wine.

As we said, the difference between mulled wine and German Gluhwein is more-recipe based than anything else. Traditional mulled wine was much less sweet than its modern-day counterpart. Both Gluhwein and contemporary mulled wine are renditions of the spiced hot beverage enjoyed by our ancestors.

While there are various ways to make mulled wine and Gluhwein at home, we have two recipes we love for you to try.

For mulled wine, you will need the following ingredients:

Following the recipe is pretty straightforward. Add all the ingredients except sugar and gently heat them. Once heated, add the sugar and simmer the liquid for 20 minutes on low heat. That’s all there is to it, really. Your mulled wine is ready.

Some people like to add nutmeg, ginger, apple slices, and bay leaves. If you want to go for a more traditional take, you can replace the sugar with honey and add a handful of almonds and raisins.

We love the following recipe for German Gluhwein, although there are no hard-set rules except not to let the wine come to a boil.

For homemade Gluhwein, you will need:

Cut washed and dry orange into thick slices and poke cloves through them. Mix the wine with water and place it in a saucepan to heat up gently.

Once the solution heats, place the orange slices, vanilla bean seeds (scratched out from the pod), and all other spices in the pan. Slowly heat and allow the flavors to infuse for 20 minutes on low heat.

Take out the spices and fruit. You can even strain the wine if you like. Sweeten as per your taste and serve hot.

As for which red wine to choose, you should go for something with character, like Merlot, but Pinot Noir works well too.

Although this is also based on preference, and you could definitely go for a sweeter wine if that is what you prefer. A good rule to follow is to choose a wine with less than 13% alcohol content.

The History Of Gluhwein

In its true essence, Gluhwein is a type of mulled wine since it is prepared by mulling the wine through heating, infusing various fruity and spicy flavors. The name “glowing wine” apparently comes from the hot irons used to mull the wine in olden times.

Even though there are no particular origins of spiced wine, it can be traced to ancient Egypt, where it was used for medicinal reasons. Spicing up wine also helped in famine when there was not enough clean water to drink or prevent the wine from going bad.

The practice of heating wine with spices then followed in the Roman empire. Romans were avid travelers and conquered far and wide. Thus, the trading practice of wine increased and gave birth to many recipes across Europe. Spanish Sangria and Nordic Glogg are interpretations born out of the same spread.

Similarly, Germany came through with their own version with Gluhwein, which has since become an integral part of Christmas celebrations.

There is no significant difference between mulled wine and Gluhwein, where the latter is merely a variation of the former. What you call mulled wine in Britain is known as Gluhwein in Germany. Both are hot spiced wines enjoyed by locals during the Christmas season.

However, both spiced wines aren’t exactly the same as the taste differs from recipe to recipe. 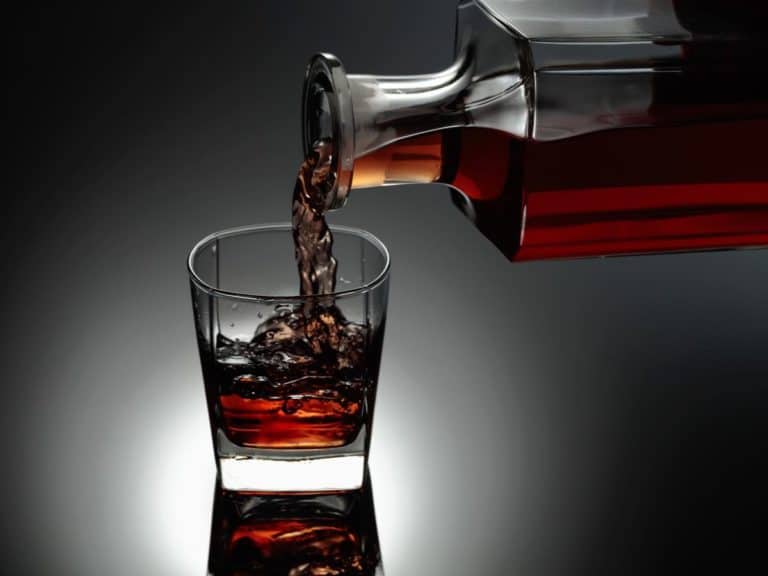 A decanter adds elegance and style to any room. The crystal shows off the bourbon’s natural hues, and pouring bourbon from a decanter is far more stylish than from a bottle. But how long should one keep bourbon in a decanter before it loses its flavor? You can keep bourbon in a glass decanter for… 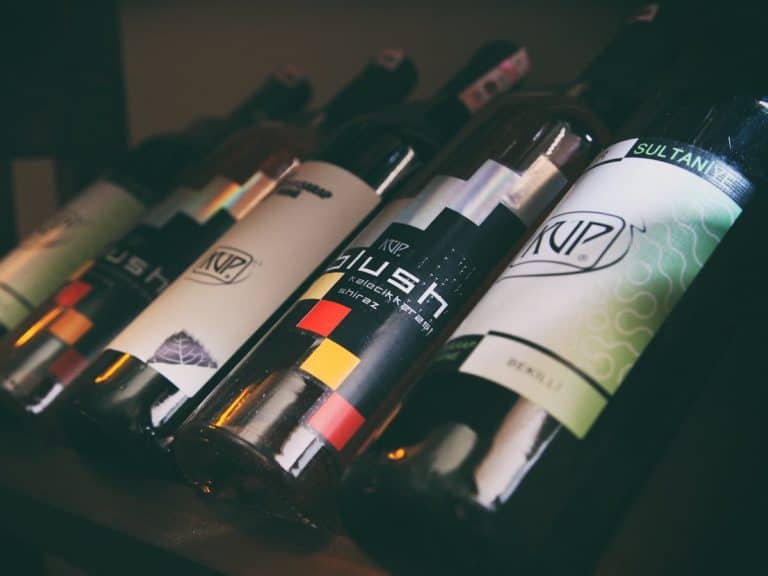 When you hear wine enthusiasts talking about blush wine or rosé, they could be talking about any number of pink wines. Often people will incorrectly use these two terms interchangeably. A rosé wine might be a blush wine, but a blush wine isn’t necessarily a rosé wine. Blush wine can refer to either a traditional… 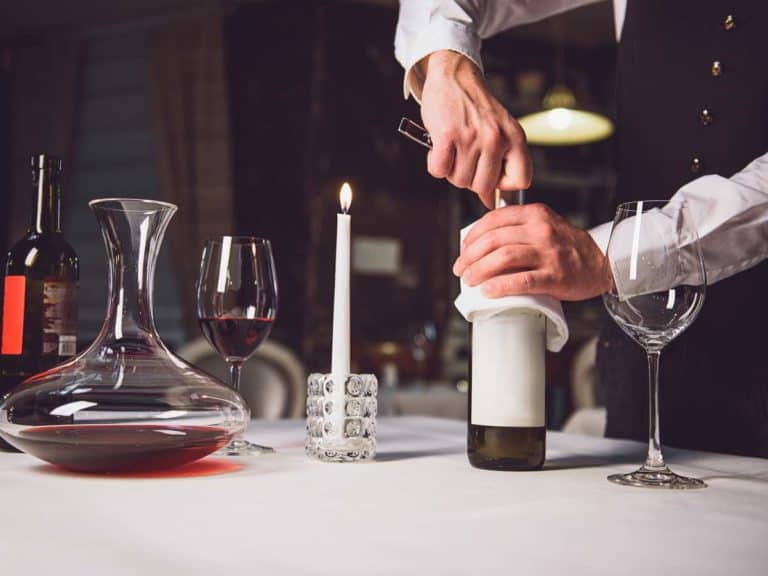 You may have heard of wine decanting, but did you know that you can double decant wine? Some wines may benefit from decanting a second time to remove additional sediment and allow more oxygen into the wine. In this article, I’ll detail the steps for properly double decanting wine. I’ll also give you some tips… 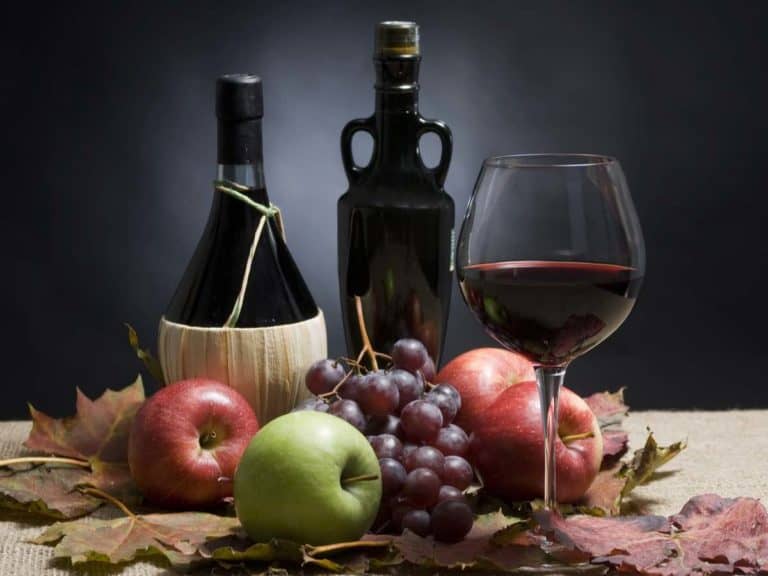 There is no denying Chianti’s increasing popularity as THE red wine from Italy. This Sangiovese grape-dominant wine is the perfect pairing for traditional Tuscan food (after all, what grows together, goes together). But what if Chianti was just as good for your health as it is with your food? Red wines have been linked with… 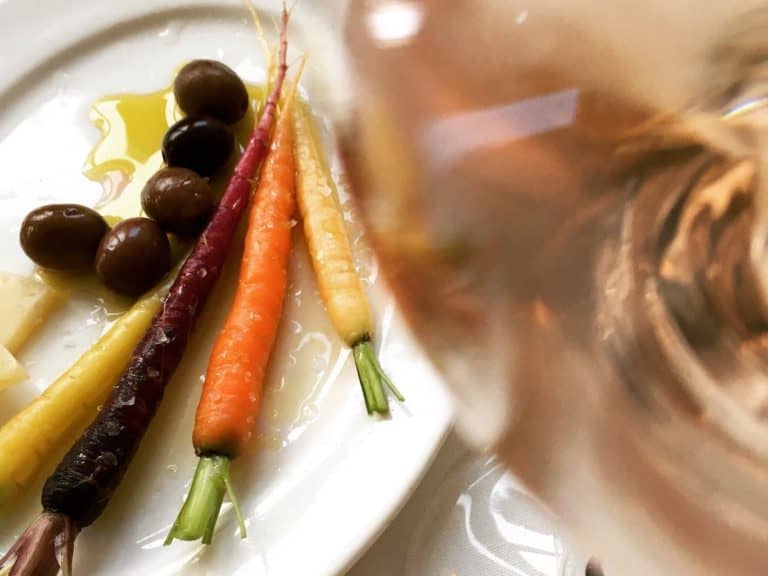 Wine can be an essential ingredient in many food recipes and delicious dishes. However, most people choose to use red or white wine for cooking. Rosé is the happy medium that many people overlook in favor of the more traditional wines. You can cook with rosé wine because it is more complex than white wine,… 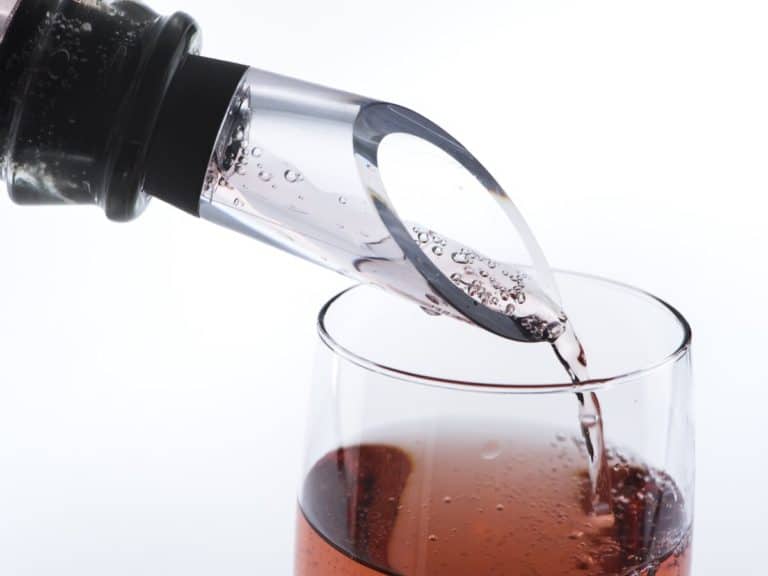 Many wine drinkers know that several red varieties of wine need aeration. However, did you know that rose and white wines need aeration, too? Aeration is a simple technique of wine preparation that can benefit many different wine varieties. Nose-centric rose wines and dry, full-bodied white wines must be aerated for up to an hour…